Investing in a Legacy: Save Early and Often for Grandchildren’s College

Comedy writer Gene Perret once said, “What a bargain grandchildren are! I give them my loose change, and they give me a million dollars’ worth of pleasure.” It’s true that as a grandparent, you can literally hand over pocket change or one-dollar bills during visits – and your grandchildren automatically feel like you’ve given them a treasure.

But what if you could do more for them? What if – in exchange for the “million dollars worth of pleasure” they interject into your lives – you can create a future for them with your financial means? All grandparents hope that they leave a lasting effect on those they love, but leaving a legacy through a tangible gift that will benefit a grandchild’s future is a treasure that cannot be measured. 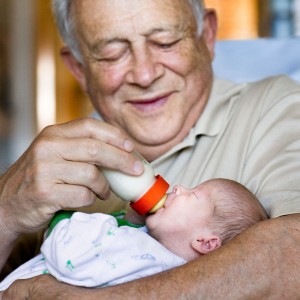 529 programs offer a number of investment options in which grandparents can contribute early and often to a college fund for as many grandchildren as desired – and see savings grow over time.

According to the 2015 College Board Trends in College Pricing Report, average published tuition and fees for full-time in-state students at public four-year colleges and universities increased 2.9% before adjusting for inflation, rising from $9,145 in 2014-15 to $9,410 in 2015-16. One can assume that grandchildren born to families now will face even higher costs in another 18 years.

Across the nation, grandparents are taking notice of the rising costs of college and are working to ensure that their grandchildren do not have to bear the burden of debt alone – no matter how far into the future that debt may be.

Renae Sullivan, a resident of Alabama, is one such grandparent. In 2013, her son was killed tragically in a car accident. The wellbeing and security of her grandson, then five years old, was top-of-mind for Renae. She soon went to a local credit union and opened an account to save for college expenses for her grandson. After a few months, she realized her money was not in a place that would ultimately produce enough return on her investment.

After consulting with her financial advisor, Renae made the decision to withdraw her money and instead invest in Alabama’s 529 Fund. She now deposits funds into the account on every occasion that meant something to her son, including his birthday, his son’s birthday, Christmas and Father’s Day, among others.

To her, these funds will be a foundation on which her grandson can build his life – as well as a gift that should be used wisely. It will be a legacy she helped to build on behalf of her own son.

Ease of Options = Mind at Ease

Many grandparents have questions and concerns when it comes to investments. They are not only leery of the marketplace, but they also understand the youthful mind – and how it can change with the weather. Even more, they are both blessed and cursed with the reality of their own mortality, which also gives them pause as to where their hard-earned money will end up if something should happen to them.

An Investment in a Legacy

As parents, you reared your children to be successful in life, as well as good parents themselves. And as grandparents, you want to see your children’s own sons and daughters reach the highest of their potential in their professional and personal lives.

Despite the questions that you all have and uncertainties that you all face, you understand that what you leave behind and the legacy you create for your family is worth the monetary and emotional investment. While you can never repay the “million dollars’ worth of pleasure” your grandchildren give you, you can take steps to provide a brighter future for them as they make their way through life.

About the author:
Young Boozer is the Treasurer of the State of Alabama and Chair of the College Savings Plans Network. He also serves as chair of the board for Alabama’s Prepaid College Tuition Program (PACT) and Alabama’s 529 college savings program, CollegeCounts. CollegeCounts has experienced growth of 87% in assets and 48% in number of accounts since Mr. Boozer began his first term in January 2011.