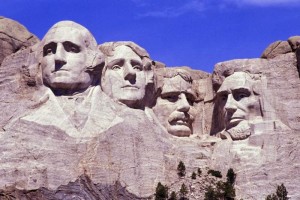 We celebrate Presidents Day each February, and it gives us a chance to reflect on our country’s history and leaders.  There has been a long tradition of higher education support and action from White House occupants.  Almost all had higher education in their background, and many initiated or supported expanded opportunities for education and research before, during, or after their time in office.  I like historical trivia, so here are some presidential facts you may not know, along with some lesser known features of 529 college savings plans.  Pay attention—there’s a quiz at the end.
Following his term of office, Thomas Jefferson was successful with another difficult task as founder of the University of Virginia.  Later, his collection of 6,000 books replenished the Library of Congress, following fire damage in the War of 1812.  People sometimes forget that textbooks and lab expenses are allowable uses of 529 accounts, in addition to tuition and fees as permitted expenses.
Some presidents, including William Taft, joined college faculties after their terms in the nation’s capital.  In the 20 years before his U.S. presidency, Woodrow Wilson was a professor at and later president of Princeton University.  Whether you’re pursuing a Ph.D., an M.B.A, or Ed.D., don’t forget that 529 accounts also work for advanced degree coursework.  Many continuing education classes are also eligible, either to keep your current job, or to prepare for another position.
The presidential poster in my elementary school years ago included each office holder’s home state.  You could follow the first presidents coming from the original colonies then from the middle and western states as the country expanded.  From a handful of plans available in the 1990s, the states and District of Columbia now offer a wide variety of 529 choices, both in prepaid tuition and savings versions.  They all include federal tax-free growth when used for higher education expenses at thousands of institutions nationwide.  You may choose to use any of the plans in the country, but you should first check plans in your home state for additional tax benefits which may be available, or for special rules.
Gerald Ford received a partial athletic scholarship at the University of Michigan, later deciding to forego pro football for a career in law and government.  Ulysses Grant and Dwight Eisenhower received scholarships at West Point, as did Jimmy Carter at the U.S. Naval Academy long before their presidencies.  Today, 529 rules are family-friendly in the event a student receives a full or partial scholarship to college.  Account owners are allowed to name a new beneficiary within the extended family to use the account.  With a beneficiary change, the accumulated tax benefits are not lost.
Recent presidential families included students away at college, most recently the children of George W. Bush, Lyndon Johnson and Harry Truman.  I don’t think Secret Service protection is a covered expense, however off-campus room and board up to certain limits are eligible 529 expenses, as well as traditional dormitory life.  Dollar amounts usually change each year; check with the local campus financial aid office for the latest information.
Nearly 100 different 529 plans are now available, and that’s grown from zero just during the terms of the last four presidents.   Currently, more than 11 million American families are using the plans in preparation for higher education expenses, including President Obama who has 529 accounts for his daughters through his home state plans of Illinois.
And one last piece of presidential trivia is in a category all by itself:  James Garfield was a talented college student and it is said he was able to write in Latin with one hand and in Greek with the other at the same time.  Wow.
As promised, here’s the quiz to share with your children:  Four states have capital cities with the last name of a U.S. President, including the place I live.  Before you pick up your smartphone and ask Google, see if you can remember them.

Happy Presidents Day!
About the Author:
Jim DiUlio is the Director of Wisconsin’s 529 College Savings Program.  Currently, the program’s 240,000 accounts hold $3.5 billion for families in two plans: direct-sold Edvest, and Tomorrow’s Scholar, available only through advisors and fee-only planners.  DiUlio serves on the Executive Board of the College Savings Plans Network and co-chairs its Membership Engagement Committee.