February is African American History Month, a time to recognize and honor the accomplishments of black leaders who have shaped our nation’s past. This year’s theme is The Crisis in Black Education, which highlights the vital role that education has played in the history of African American society and its continued importance for the success of today’s youth.

Access to higher education, in particular, will define the future prospects for many young African Americans, opening the door to more advanced career opportunities and greater gains in educational equality. 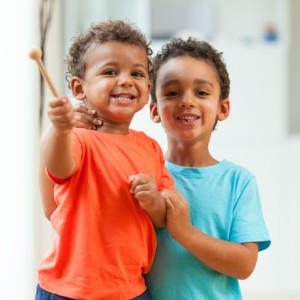 Enrollment rates are expected to continue climbing in the African American community, and a college degree is quickly becoming more of a societal expectation. In fact, 79 percent of African American parents believe that it is very important that their children obtain a college degree. Yet, the cost of higher education continues to present greater financial challenges for families of all backgrounds and income levels. There are a few steps that families can take to make college more affordable, but they need to start saving sooner rather than later.

Prepaid tuition programs, also known as 529 prepaid plans, may represent a long-term solution for families who are beginning to plan for their child’s future. Purchasing a prepaid plan as early as possible—even when the child is a newborn—can help make the costs of the plan more manageable and, particularly as the cost of college tuition continues to grow, can mean more savings in the long run.

A 529 prepaid plan can allow parents to lock in the cost of college tuition at today’s contract rates, ensuring that their child’s future education is secure. Families who contribute to a 529 plan also get federal –and in some states—state tax benefits, which can go a long way towards improving a family’s financial security. A 529 prepaid plan can help make college more affordable for families who start saving early and will undoubtedly ease the burden of a child’s student debt later on.

This month, as we celebrate the accomplishments and achievements of black leaders in our nation’s history, it’s important to know that our future leaders will likely need a college degree to succeed. A 529 prepaid tuition plan can help those students reach their goals.

About the author:
Sandra Houston is director of College Illinois!, a 529 savings program for prepaid college tuition run by the Illinois Student Assistance Commission (ISAC).