What I Learned From Fifth-Graders

A few years ago, I had the opportunity to engage elementary school students during an assembly. They were all excited about being out of class, but did not know what to expect from me. I did not have a film to show or a PowerPoint presentation ready to project on a screen. It was just me, an easel board with paper, and a clear container.

After introductions and salutations, I asked the first of three questions—this was my warm-up, the easiest of the three. “What do you want to be when you grow up?”

There was some giggling, and finally one child raised their hand and yelled, “I want to be a chef!” As I began to write down the career choices, more students began to engage and added to the conversation. I heard some say they wanted to be a football player, journalist, veterinarian, astronaut, engineer, and there was even an actor in the midst. 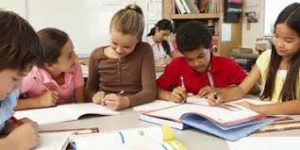 I followed up with my next question: “Have you thought about the higher education or college you will attend to nurture the skills needed for these careers?” I did not expect what happened next. The young lady who yelled, ‘chef!’ followed with Kendall College of Culinary Arts. Others gave Ohio State, Purdue, UCLA, and more. The teachers were impressed, while I was in awe.

Before asking my final question, I had to follow up my second question with, “How do you know (at this age) what college you will need to or want to attend?” They offered simple explanations—I guess simple enough to them. These students have been having conversations at home with their parent(s) or guardian, and financial literacy was being taught at the school.

After learning this, my third question was timely. “Who is going to pay for your college education?” They were stumped! After a brief moment, they began to say their parent, scholarships, or they would work and pay for it themselves. I responded that these were all great answers, but how about—Saving.

Now it was time for me to use my clear jar, some single dollar bills from my purse, and play a game called “Saving, Giving, Spending.” I asked the students what they would do with monetary gifts for their birthday, making the honor roll, graduating from one grade to the next, errands and chores. I offered that instead of saving it all, spending it all or giving it all away, they should do a little of each.

After a simple demonstration with $30 in singles, the fifth-graders grasped the idea and had fun helping me determine how much to actually save from a birthday gift and from making the honor roll. At the end, they were pleasantly surprised at how much was saved in the jar. They learned that saving is fun and can have a positive impact on their future.

I learned, today’s fifth-graders are:

You can learn a LOT from a fifth grader!

Regina Carmon has been a professional in the 529 industry for over 10 years. She is responsible for marketing, sales, and managing the relationships with select state partners for CBS Marketing and Sales NexBank in Texas.