While scanning the newspaper recently, I noticed an article about the death of economist William Baumol. He was a longtime professor at Princeton and New York universities. I wasn’t familiar with him, but what jumped off the page was the fact that he developed theories explaining why costs keep rising for labor-intensive services like health care, the performing arts, and yes, college education. Stick with me, and I’ll get to the connection to prepaid tuition! 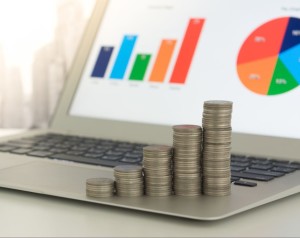 The phenomenon is known as “Baumol’s cost disease.” He explained that it still took four musicians in a string quartet the same time to play a particular piece of music as it did in the 1800s. There was no way to increase “productivity,” as there is in making widgets in a factory. But a modern-day orchestra can’t pay 1800s wages and still expect to hire talented musicians. That state of affairs applies to college faculty as well. Parents want colleges to have the best teachers and up to date technology when they send their children off to college. Institutions could try to increase productivity by adding more students to each faculty member. But that’s not the direction most parents would like the schools to take. Smaller class sizes are a sales feature for some schools.

I’m not trying to rekindle the long running debate about why college costs are rising, but seeing the story got me thinking. If a respected economic theory indicates that education inevitably will get more expensive over time, is there nothing families can do about it?

Of course not! It seems clear that prepaid tuition plans are a remedy to beat rising tuition rates. They enable families to set aside money now, use it later, and avoid intervening years of tuition increases.

Here are three reasons why using a prepaid 529 plan might be to your family’s advantage:

With those potential benefits in mind, don’t think that “cost disease” is incurable. Consider that a prepaid tuition 529 plan can be one powerful drug in your college savings medicine cabinet.

About the author: Richard Buckley is director of communications for Private College 529 Plan, the only college savings plan sponsored by nearly 300 private colleges and universities across the country. It was created by authorization of the U.S. Congress for colleges and their consortia to help families save for college and increase the affordability and accessibility of higher education.