Lessons from a Dairy Farm

I grew up working on a dairy farm in Carnation, Washington. My formative years were spent rising in the early morning hours, collecting eggs, milking cows, and doing the general chores one can expect with farm life, all before heading off to school, only to repeat several of the chores in the evening once I returned home. Although I loved the farm life, I was keenly aware that I had different interests as I entered my adult years. I had always been fascinated with numbers and with math being my strongest subject in school, it made sense to enter the world of accounting.

I attended Central Washington University, a smaller state university here not too far from farm country.  I worked in addition to schooling and I graduated without any debt. Now, this is not being said to toot my own horn, but to draw attention to the fact that some years ago—I’ll let you guess my age—it was not at all uncommon for a student to be able to work their way through college. Unfortunately, that is no longer the case.

We know that college tuition prices are increasing. We know that the student loan default rate is continuing to rise. These are hard truths that we must consider when thinking about our children’s futures. Bloomberg recently discussed the rise in student loan debt, stating that since the Great Recession, student loan debt has grown almost 157 percent.1 While consumers do not have control over the rising tuition rates, there is control in preparation. Preparation is done by saving. And one incredible way to prepare and save is by utilizing 529 prepaid and college savings plans.

Prepaid college savings plans often remind me of my days on the farm and the lessons I learned. Each farm task had a timeframe that was in relation to a season in the future. We prepared in the spring for what was to come in the winter, with a mindset of thinking years in advance. This is the same approach taken by prepaid college tuition plans—saving at today’s tuition rates for tomorrow’s tuition prices.

Prepaid college savings plans allow consumers to purchase tuition units at set prices based on the current market value. Not only does this allow parents and family members the peace of mind knowing that their child has money set aside for their future, but also alleviates the potential stress that could come with market volatility.

I wish my days on the farm could have had the same assurance of the next season’s outcome as long as I did that season’s chores. But the lessons I learned remain the same. Prepare now for tomorrow. Save now for the future. 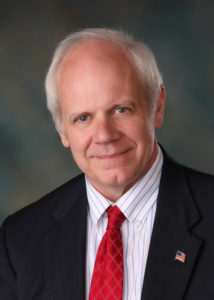 Duane Davidson, Washington’s 23rd State Treasurer, was born and raised in Carnation, Washington. He attended Bellevue College and went on to graduate from Central Washington University with an accounting degree. In 2003, he was elected Benton County Treasurer where he served until he was elected State Treasurer in 2016. In his role as State Treasurer, he is a member of the governing committee for GET (Guaranteed Education Tuition), Washington’s prepaid college savings program. GET was first introduced in Washington in 1998 and has helped families purchase tuition units in advance of their children attending college. GET can be used nationwide with values based on the tuition costs of the most expensive public university in the state of Washington. Just this year, Washington launched DreamAhead College Investment Plan which is a more traditional 529 college savings plan. Information about GET and DreamAhead may be found at get.wa.gov and dreamahead.wa.gov respectively.