With the continued growth of 529 college savings plans, the dialogue on saving for higher education is a fast-moving target. We’ve moved from “What is a 529 plan?” to “Well, is it a 529 plan?” in just a matter of years. Now more than ever, parents and grandparents are accustomed to 529 savings plans and to investment-based saving in general. With only a handful of prepaid tuition plans left in the nation, they often get lost in the shuffle. 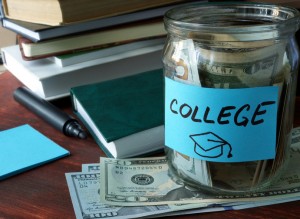 The idea of being able to pre-pay college tuition and eliminate the risk of increasing college tuition rates seems like a no-brainer. According to the U.S. Bureau of Labor Statistics, tuition increased 63% over the last 10 years. And, when you also add in great federal and state tax benefits, it really is a win-win.

So why aren’t prepaid plans a growing trend? When it comes down to it, college tuition is expensive and these plans often require larger, more daunting payments. In a slow growth economy, the appeal of being able to save as little as $25 at a time with 529 savings plans is a more affordable and appealing option.

But every prepaid tuition plan offers payment plan options so that families can save “one bite at a time.” And, the peace of mind of having “paid-for” tuition is priceless. Think of your prepaid tuition plan as an insurance policy that guarantees against the seemingly inevitable increase in college tuition rates.

There are other hidden “gems” to saving with a prepaid tuition plan, as well. A lot of people assume you have to use a prepaid plan in the state you purchased it and that if you don’t use it, you lose it. In fact, prepaid plans offer more flexibility than they often get credit for. Many prepaid tuition plans can be used out-of-state and can be refunded if your child doesn’t end up going to college. For example, Mississippi Prepaid Affordable College Tuition (MPACT) will also refund you for the semester’s scholarship at current tuition rates if your child receives a full or partial tuition scholarship! You can even use your prepaid plan for graduate and professional school tuition.

In a world where college education costs and student loan debt are increasing at similarly rocketing rates, it just may be time to revisit the benefit of prepaying for college. Prepaid tuition plans offer the security of paid-for college tuition, similar tax benefits to other 529 plans, and ultimately the peace of mind of knowing you’ve made a life-long investment in your child’s future. View a list of 529 prepaid tuition plans.

About the Author:
Lynn Fitch is Treasurer of Mississippi, which offers two 529 plans: Mississippi Affordable College Savings (MACS) and Mississippi Prepaid Affordable College Tuition (MPACT).  MPACT was the first of the two, opening in 1997. Graduates of MPACT who have become parents themselves are now buying plans for the next generation.