By Lucas Minor, Associate Director for Marketing and Communications at Washington’s Guaranteed Education Tuition (GET)
July 11, 2016 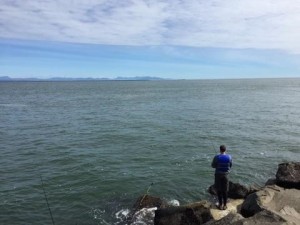 Since that trip, I’ve become interested in the origins of Cape Disappointment’s dreary moniker. After extensive research into the matter (i.e. about 3 minutes of web searching), it turns out that the cape has an eighteenth century English fur trader to thank for its unflattering label. The story goes something like this – Captain John Meares was in search of a fabled western river (known today as the Columbia River), yet failed to find it and channeled his angst towards the nearest point of land, cursing it with the infamous name that lives on today. As it turns out, Meares may have actually found the mouth of the Columbia, mistaking it as a ‘mere’ bay. And, years later this same location served as a point of celebration for the Lewis and Clark expedition, as this was the terminus of their journey to the Pacific coast. So there you have it; Cape Disappointment is not quite as bad as Meares initially thought.

So (for a lack of a better cliché), what’s the moral of the story?

In short, my takeaway is that despite the curve balls life throws at us, we shouldn’t get discouraged so easily. We often have great expectations for ourselves and for our families, and when things don’t play out as anticipated, we can be quick to throw our hands up in exasperation. As Meares’s experience teaches us, however, we have not necessarily failed simply because we’ve missed (or think we’ve missed) our mark. Sometimes it takes a change of perspective to allow us to see underlying opportunities. If we can first focus on what we can learn from our missteps, we can put ourselves in a better positon to reach our goals in the future.

This concept is especially important to keep in mind while preparing children to navigate life’s milestones. It’s almost guaranteed that children’s paths to adulthood will not follow the exact course their parents imagine for them, but that’s 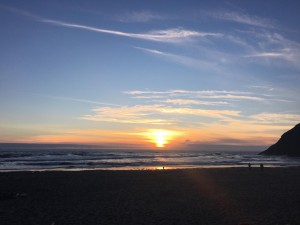 perfectly okay. The best thing a parent can do is to accept this reality and be willing to adapt to changing situations. While this task is certainly not easy and takes substantial work, it is a worthwhile cause. By keeping our perspectives in check we can trade disappointment for opportunity. Accordingly, I think I just might submit a petition to the landmark-naming powers that be to rename Cape Disappointment to Cape Opportunity.

About the Author:
Lucas Minor is the Associate Director for Marketing and Communications at Washington’s Guaranteed Education Tuition (GET) prepaid tuition program. The GET program has grown from 7,900 to over 100,000 accounts, with a fund valued at $2.1 billion. Washington is unique in that the state currently only offers a prepaid tuition plan, though a 529 college savings plan is currently in the works.