How a Mom of Three Saved For College

I’ll never forget the first cold dash of reality around the challenges of saving for college. Newly returned to work from my maternity leave after the birth of my first son, I was welcomed back by a senior executive who said to me, “You know you’ll have to start saving $800 a month right now if you want to send him to a private college, right?” If I wasn’t feeling worried enough about the challenges of parenting, well, that did it.

Needless to say, we didn’t start saving $800 a month…but we did start saving. A little at a time as we adjusted to the expenses of childrearing, and more as he and his brother and sister grew and the day care bills disappeared. 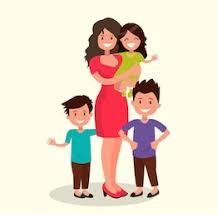 And as it turns out, that’s how most people save.

At Ascensus, we administer over 4 million 529 accounts, providing us with a very good view on how families use 529s to save for college. Unsurprisingly, the vast majority are NOT starting an $800 automatic monthly contribution upon the birth of a child! Here’s what they are doing:

The benefits of starting early

Nearly half of Ascensus-administered accounts were opened when the beneficiary was 5 or younger. The good news for those account owners is that this advanced planning can potentially get them much closer to their savings goals. When we look at accounts with beneficiaries age 16-17, those accounts that have been open at least 11 years have an average balance of over $44,000. Accounts opened 5 years or less for this same age group have accumulated significantly less, on average, about $26,000.

Peg Creonte is a Senior Vice President at Ascensus Government Savings. This testimonial may not be representative of the experience of other people, and is no guarantee of future performance or success.