Families continue to use 529 Plans to Save for Higher Education

Data collected as part of our 2013 Mid-Year 529 Report indicates that families are increasingly using 529 plans to pay for their children’s college education. 529 plan assets reached record amounts as of June 30, 2013 with more than $205 billion invested nationally. This is a 7.98% increase during the first half of 2013. 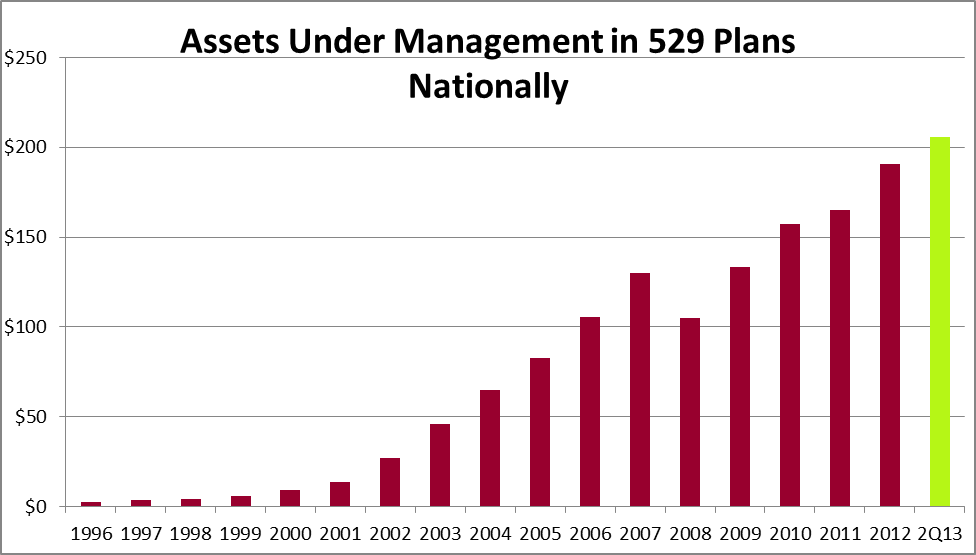 While total assets increased by 7.98%, assets in the plans increased 4.6% net of contributions and distributions to the plans for the six month period ending June 30, 2013. For comparative purposes, the S&P; 500 realized a 13.82% increase, and the Barclays Capital Aggregate Bond Index decreased 2.45% during the same period. The returns of individual investment options in 529 plans vary due to the account holder’s ability to invest in a variety of investment strategies including fixed income, equities, guaranteed return, or a blend of these strategies.

CSPN also found that the total number of 529 accounts continues to increase substantially over the past 18 months, going from 10.74 million in December 2011 to 11.43 million as of June 30, 2013. This indicates a growing awareness among the American public for the need to save for higher education. The following chart shows growth in total number of accounts nationally since the end of 2009. 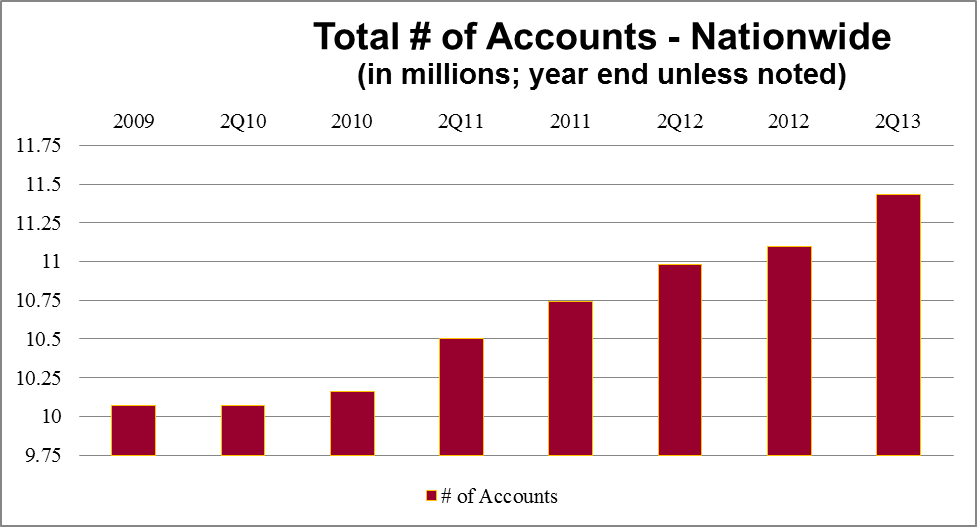 As our data indicates, total assets and number of 529 plan accounts are steadily increasing, but so is the cost of higher education.  According to the U.S. Department of Education’s National Center for Education Statistics, annual prices for undergraduate tuition (including room and board) rose 46% at public institutions and 18% at private institutions between 2000-2001 and 2010-2011.